AllTrials aims to correct the situation in which studies remain unpublished or are published but with selective reporting of outcomes.

AllTrials (All Trials Registered | All Results Reported) aims to correct the appalling state of affairs we find ourselves in, in which studies remain unpublished or are published but with selective reporting of the outcomes.

Testing Treatments interactive wholeheartedly supports this initiative.  Only if we have full disclosure of all trial data can we properly evaluate the effectiveness of treatments.

Via the AllTrials website you can sign the petition asking governments, regulators and research bodies to insist that all trials should be registered and all of their methods and results reported.  You can also follow the latest news about the campaign.

Thousands of clinical trials have not reported their results; some have not even been registered. Information on what was done and what was found in these trials could be lost forever to doctors and researchers, leading to bad treatment decisions, missed opportunities for good medicine, and trials being repeated. The contributions of the hundreds of thousands of patients who took part in those trials remain unused and unusable.

All trials past and present should be registered, and the full methods and the results reported.

AllTrials have just added three further videos explaining the harm and waste that continues to arise from inadequate reporting of clinical trials.

Sign up to make clinical trials count. Public pressure is already changing regulations and getting past trials published in some countries. You and everyone you know can join it at alltrials.net and by sharing this video. 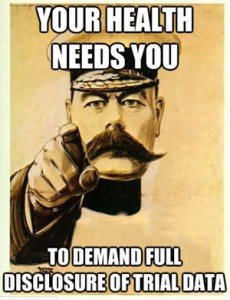 In this TTextra, we have reproduced two articles by Iain Chalmers about Alltrials.net.  You can show your support by signing up on the Alltrials site, and telling everyone you know how important it is that we have full disclosure of all data about the effects of treatments.

Why is the registration and reporting of trials so important?

Clinical trial transparency is important for moral, scientific and economic reasons. First, many people volunteer to participate in trials to help increase knowledge, so the failure to report trials is a betrayal of their trust. Second, failing to report trials fully results in biased estimates of treatment effects and leads other researchers up blind alleys. Third, precious time and resources are wasted.

Extract from an interview with Iain Chalmers in the WHO Bulletin.

How can AllTrials help? 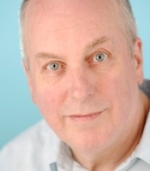 The remainder of this article was written by Iain Chalmers and first appeared in Network, the Medical Research Council newsletter.

All trials registered, all results reported, a new campaign which the MRC is supporting alongside other research organisations, calls for the results of all clinical trials to be made public. Sir Iain Chalmers, Coordinator of the James Lind Initiative, says that longstanding biased under-reporting of clinical research must stop.

Successful conduct of clinical trials depends on many factors, but these studies are impossible unless patients agree to participate in them. For many patients the principal motivation for participating in clinical trials is the hope that they may receive better care, and perhaps more effective treatment. All participants in clinical trials, however, believe that their involvement will help to increase knowledge about the effects of treatments. They expect that people with health problems like theirs – and perhaps they themselves – will be able to make better informed treatment decisions in future as a result of their contributions to knowledge.

How come, then, that the research community, including research funders and regulators, have acquiesced for decades in the nonpublication of around 50 per cent of all clinical trials? Can this be characterised as anything other than a gross betrayal of the trust in researchers which motivated volunteers to participate in clinical trials in the first place? How many of them would have agreed to participate if researchers had told them “If the results of this trial don’t serve our academic or commercial interests we won’t make them public”?

After doing research on biased under-reporting of research 20 years ago, I raised these issues in an article published in the Journal of the American Medical Association entitled ‘Underreporting research is scientific misconduct’. The evidence that has accumulated over the subsequent two decades has made clear that the problem is widespread. It’s not only unethical and scientific misconduct; it is also simply a waste of precious research resources.

As illustrated by numerous examples, under-reporting of research has led to harm to patients from exaggerated estimates of treatment benefits and safety, and built-in inefficiency in efforts to discover useful and safer treatments.

Until recently, the academics who have exposed biased underreporting of research have had little or no effect in persuading people with the power to do something about this scandal to put an end to it.

It is true that – a decade or two after they had called for trials to be registered publicly at inception and a major drug company had been fined for suppressing information about dangerous effects of one of its drugs – registration of trials slowly gathered momentum. Indeed, within the UK, it was the MRC that led the way in trial registration in the 1990s.

However, the main consequence of trial registration has been to expose the massive extent of non-publication of clinical trials. Yet only one medical professional organisation – the Faculty of Pharmaceutical Medicine – has so far declared non-publication to be unethical; the position of others remains unstated or ambiguous.

So what has happened to change the terms of the debate after a quarter of a century during which researchers, research funders, research regulators and politicians have failed to address the problem seriously? Two things. First, Dr Ben Goldacre, the award-winning medical journalist, published Bad Pharma – a book making clear to the public, using a mountain of evidence, why they should be concerned about the situation. In brief, his message is: ‘How can you or your doctor make an informed choice about which treatment to choose if half the relevant evidence has not been made public?’

Click the image to add your support to the AllTrials campaign

Second, Sense about Science, an organisation campaigning to promote science to the public, has decided that non-publication of clinical trials is a stain on the public image of science, and that, after years of havering and disingenuous excuses for inaction, it must be confronted and dealt with. Following on its influential campaign to reform the English libel laws that were being used to silence scientists, Sense about Science’s new campaign – All trials registered, all trials reported – aims to achieve just what its title calls for. Sense about Science has invited those who agree with these principles to join the tens of thousands that have already signed the petition.

To its great credit, the MRC was the first organisation to do so, with these words: “The MRC is pleased to sign up to this campaign and has, for many years, strongly supported the position that clinical trial results must be published in a timely manner. At the end of 2012, we made both the requirement to publish, and the need for MRC-funded researchers to share data, even more explicit: “Results of MRC-funded clinical studies (whether positive or negative) must be published within a reasonable period (generally within a year of completion) following the conclusion of the study.”

As the MRC admits, it would be surprising if, in its one hundred year history, there were no unreported or unpublished skeletons in its cupboards. While monitoring future adherence to its policy, therefore, the MRC should audit the trials it has funded. An audit of the publication record of studies funded by the Health Technology Assessment Programme has shown that 98 per cent of them have been reported. A similar finding from an audit of trials funded by the MRC would be very reassuring.

A campaign by researchers has shown that Roche spun the research on Tamiflu to meet their commercial ends. 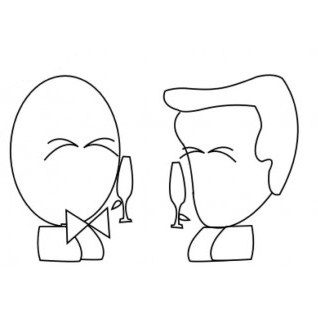 Big data and finding the evidence