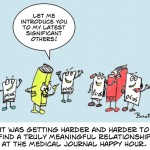 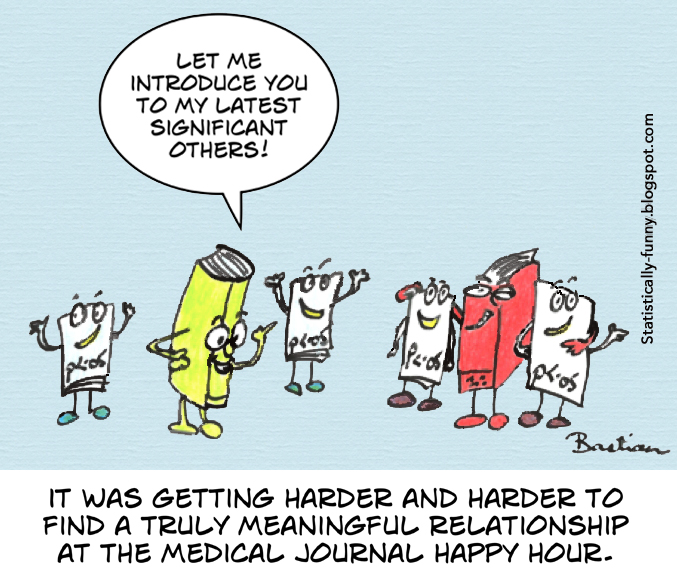 We’re deluged with claims that we should do this, that or the other thing because some study has a “statistically significant” result. But don’t let this particular use of the word “significant” trip you up: when it’s paired with “statistically”, it doesn’t mean it’s necessarily important. Nor is it a magic number that means that something has been proven to work (or not to work).

The p-value on its own really tells you very little. It is one way of trying to tell whether the result is more or less likely to be “signal” than “noise”.  If a study sample is very small, only a very big difference might reach that level, while it is far easier in a bigger study.

But statistical significance is not a way to prove the “truth” of a claim or hypothesis. What’s more, you don’t even need the p-value, because other measures tell you everything the p-value can tell you, and more useful things besides.

This is roughly how the statistical test behind the p-value works. The test is based on the assumption that the study’s hypothesis is not true – the “null hypothesis”. The calculation then estimates whether you would expect this result, or one further away from “null” than it is, if the hypothesis of the study is not true. The level to reach statistical significance is likely to be 95%, which is common practice, but still a bit arbitrary.

If the p-value is <0.05 (less than 5%), then the result is compatible with what you would get if the hypothesis is true. The finding itself can be a fluke. You can’t conclude too much based on that alone.

You can read more about statistical significance in detail over here in my blog, Absolutely Maybe – and in Data Bingo! Oh no! and Does it work? here at Statistically Funny.

Researchers and medical journals are more likely to trumpet “statistically significant” trial results to get attention from doctors and journalists, for example. Those medical journal articles are a key part of marketing pharmaceuticals, too. Selling copies of articles to drug companies is a major part of the business of many (but not all) medical journals. 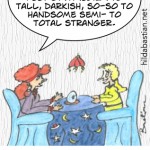 The use of p-values to indicate the probability of something occurring by chance may be misleading.

A webpage explaining the difference between statistical and practical significance.