Is it okay to ignore results from people you don’t trust? 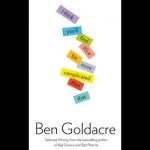 
Ben Goldacre: why it’s important to consider vested interests when judging research, but not to dismiss research by people you don’t like.

If the media were actuarial about drawing our attention to the causes of avoidable death, your newspapers would be filled with diarrhoea, AIDS, and cigarettes every day. In reality we know this is an absurd idea. For those interested in the scale of our fascination with rarity, one piece of research looked at a 3 month period in 2002 and found that 8,571 people had to die from smoking to generate one story on the subject from the BBC, while there were 3 stories for every death from vCJD.

So you’ve probably heard that smoking might prevent Alzheimer’s. It comes up in the papers, sometimes to say it’s a true finding, sometimes to say it’s been refuted. Maybe you think it’s a mixed bag, that the research is contradictory, that “experts are divided”. Perhaps you smoke, and joke about how it’ll stop you losing your marbles, at least.

This month, Janine Cataldo and colleagues publish a systematic review on the subject, but with a very interesting twist. First they found all the papers ever published on smoking and Alzheimer’s, using an explicit search strategy which they describe properly in the paper – because they’re scientists, not homeopaths – to make sure that they found all of the evidence, rather than just the studies they already knew about, or the ones which flattered their preconceptions.

A Cancer Research UK blog, explaining how to assess the quality of health claims about cancer. 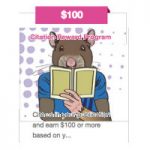 Cyagen is paying for citations

Pharmaceutical company Cyagen offers researchers and other writers $100 or more for citing their products in publications.