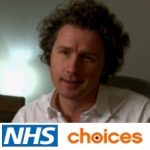 
A video by NHS Choices explaining what the placebo effect is, and describing its role in medical research and the pharmaceutical industry.

In this video by NHS Choices, Dr Ben Goldacre explains what the placebo effect is and describes its role in medical research and in the pharmaceutical industry. You can watch more videos like this on the NHS Choices website.

The placebo effect is the extraordinary phenomena of people getting better  even when they’ve only had a dummy or a sham treatment. That can mean a sugar pill, but it can also mean sham ultrasound, where somebody holds a machine to your body, but doesn’t switch it on. Or even a fake operation, where somebody makes the incision, then just pretends to operate. And the fascinating and amazing thing is, it turns out when people get these fake, sham treatments, they often get better.

What’s interesting about the placebo effect is that it shows the amazing power of the mind over the body. Not in a flaky, New Age way, but in a very real sense we really can make our pain better, we really can improve our own symptoms through our beliefs and expectations. All of the magazine adverts you’ve ever seen have built up in your memory and have increased your expectation of a brand-name packaged pill. What’s interesting is that the placebo effect seems to work on everybody. It doesn’t matter if you’re a sceptic, and even children and animals respond to the placebo effect because the people around them have higher expectations of the dummy treatment they’ve been given. It’s natural to expect that your children, certainly, would react to your expectations that they would get better.

There are some fascinating examples. The most interesting ones compare one dummy treatment with another. Because that’s what shows that it’s the placebo effect at work. So for example we know that four sugar pills a day, four dummy pills are better than two sugar pills a day at clearing gastric ulcers. An outrageous finding, in some respects. Gastric ulcers are a very good thing to study, because they’re very easy to diagnose. You put a camera with a light on it down the throat and take a photograph of the stomach lining. You can see the ulcer is either there or it’s gone. Four sugar pills a day clear gastric ulcers faster than two a day. We know that the colour of pills is important. It turns out that people experience green or blue pills as being sedating and red or orange pills as being alerting. And the pharmaceutical industry know this too. If you look at the packaging on anti-depressant or anti-anxiety pills that tends to be green and white or blue and white. Whereas stimulant pills or antibiotics tend to come in bright red pills. There have been several different studies of pain, looking at the placebo effect. They show that a saltwater injection with no active ingredient in it, is a more effective treatment for pain than a dummy sugar pill. A pill that looks like a painkiller. So the saltwater injection doesn’t have any drugs in it, the dummy sugar pill doesn’t have any drugs in it, but an injection feels like a more dramatic and serious treatment. And that’s why people experience more pain relief from a dummy injection than they do from a dummy pill.

The interesting thing about all research is what you do with it.  And with the placebo effect you are in an interesting ethical hole. The research shows that lying to your patients, misleading them, can help them get better. And a patient given a placebo sugar pill isn’t exposed to any physical side-effects, so people might say, maybe we should give placebo treatments commonly. But I think that’s problematic. I think that’s wrong. Because to give a placebo treatment to a patient requires that you lie to them. And I don’t think that doctors or anybody working in the NHS can lie to patients.   I think it’s ethically wrong but also, in the long-run, when you lie to people paternalistically like that, eventually word gets out and you undermine the credibility of everything that you say. Even though we don’t want to lie to patients there is an ethical way that we can use the placebo research. Because what this research tells us is that the way you give a treatment, can affect how effective it is.

So we know, for example, that if we give treatments in a much more healing environment with a greater sense of positivity with happier, more confident people in the NHS, in nicer settings, then that’s not just wishy-washy, that really genuinely improves the outcomes of our treatments. And I think that’s the real key, to use all of the placebo effect research I’ve described, to find ways of taking treatments which we know are effective, and make them even better. 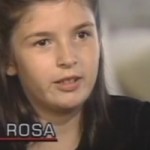 Therapeutic Touch: a schoolgirl shows how to test it 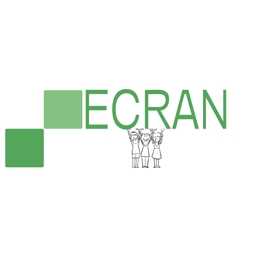 This lay-friendly video introduction to clinical trials was created by the European Communication on Research Awareness Needs Project.