Languages
Home > Read or listen to the book > About > Why do we need fair tests of treatments?

Why do we need fair tests of treatments?

Modern medicine has been hugely successful at reducing the impact of disease and increasing life expectancy. In spite of this, too much medical decision making is based on insufficient evidence. As a result, doctors and other health professionals have sometimes harmed patients instead of helping them. It is essential that our decisions about what treatments to use are based on fair tests of their effects.

Why it’s important to do fair tests of treatments:

Sometimes we get better anyway 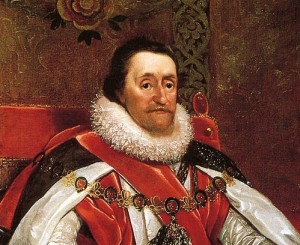 Jamie the Saxt: sorting out myth from reality in the tobacco debate since 1616

But this can lead us to mistakenly attribute our natural recovery to whatever treatment we happened to be on at the time.

James VI of Scotland understood this. In his “Counterblaste to tobacco” [1], he delivered a far-sighted rebuke to those who claimed that tobacco smoking could cure all manner of ailments, including the common cold.

In this argument, there is first a great mistaking, and next a monstrous absurdity…  Because peradventure when a sick man hath his disease at its height, he hath at that instant taken Tobacco, and afterwards his disease having taken the natural course of decline and consequently the Patient recovering his health, O then the Tobacco forsooth, was the worker of that miracle!  Read more

It’s therefore essential that all treatments are subject to fair tests that compare them to alternatives.

Recent medical history is littered with examples of “exciting” new treatments that caused substantial harm to patients because they hadn’t been properly tested.

Thalidomide for nausea in pregnancy, Vioxx for arthritis pain, Avandia for type 2 diabetes and certain types of mechanical heart valve are all examples of treatments that harmed patients due to inadequate testing.

Untested theory or flawed evidence can be harmful

Often, the benefits we hope to see in treatments fail to materialize.  This can happen if we follow advice from untested theories, anecdotal evidence or evidence from flawed tests.

More is not always better

Just because a treatment works doesn’t mean that more of it is always better. Often, benefits can reach a plateau whilst adverse effects mount up.

We look at history of intensive treatment for breast cancer, and bone marrow transplantation.

Read more in “More is not necessarily better”.

Earlier is not always better

We explore the issues in neuroblastoma, prostate cancer, breast cancer, and genetic testing.

Read more in “Earlier is not necessarily better”.

Often, we need fair tests because we simply don’t know which treatment is best.  There may not be a dramatic difference between one treatment and another. Practitioners may disagree about how to help people with health problems.

In these circumstances, it is very important to have fair tests because a moderate benefit or harm can have a huge impact when scaled up to whole populations.

Explore the examples of antibiotics in pre-term labour and some treatments for breast cancer.

Read more about dealing with uncertainty about the effects of treatments.